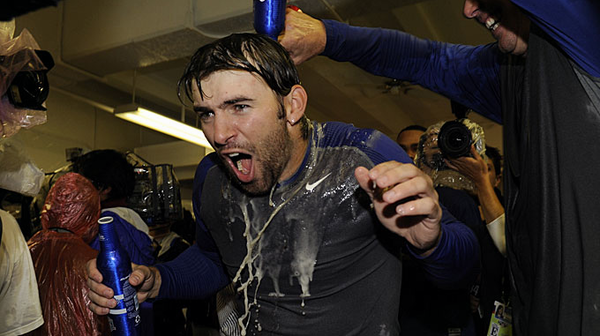 The NLDS! Hah! Apparently, I had nothing to worry about. The Dodgers totally killed it.

Loney’s grand slam just about made my brain explode. All over the TV. All over the dog. It was gross. Actually, my boyfriend and I leapt from our chairs and started screaming. Our hearts hugged. It was happy. Russell Martin’s reaction was really cute, too!

And when they clinched! They showed almost every player’s reaction as he raced to the mound. SO CUTE!!!!

Now we’re two games into the NLCS. Two games behind. But the Dodgers know what they need to do. They’ll do it–all three at home and then one more away. I know they will!!!! Games 1 and 2 were too close, too well-played for anyone to doubt that they can come back.